Weightless from the Fantasy Fashion series 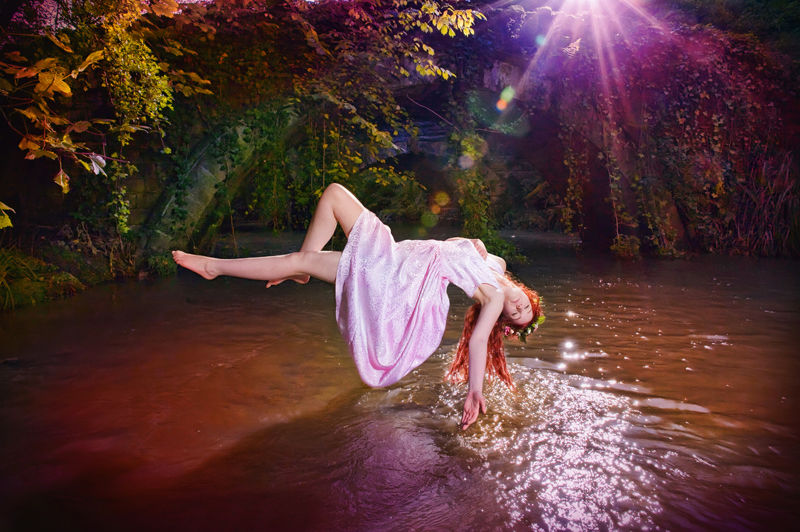 Whenever there is a location shoot it is always a team effort as there are so many external factors to consider not only the actual taking of the picture. On this particular shoot I did think I had covered almost all eventualities as several recces had been done prior to the shoot to work out the logistics. 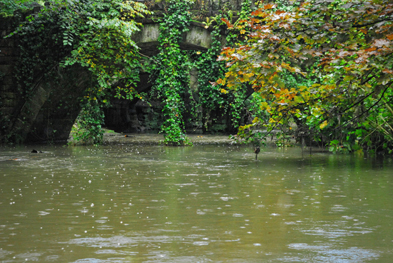 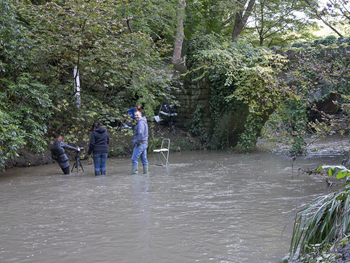 However although I knew because of the rain on the previous day the river would be several inches higher, the one thing I did not consider was that that there would be such an under current and in fact would be like a muddy torrent rather than the a original slow flowing river. The intention of the shoot was to produce a weightless, floating style image which would depict the model floating over the water which would give a magical fantasy feel. 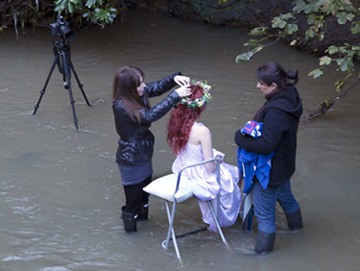 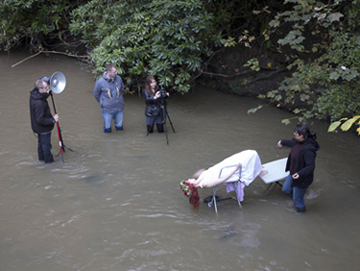 The objective was to depict the model floating so multiple exposures were needed both with and without the model in order to eradicate the stool she was lying on. Macara could only hold the pose for literally seconds, so we placed the table beneath her feet then pulled it out of shot for just the click of the camera, then back to support her feet while one of the guys supported her shoulders....it was all a bit tricky but we got there in the end, all credit to Macara for persevering! 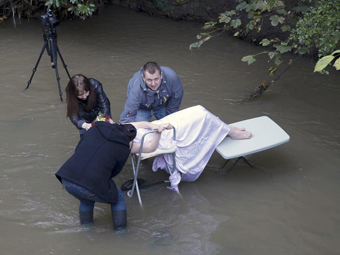 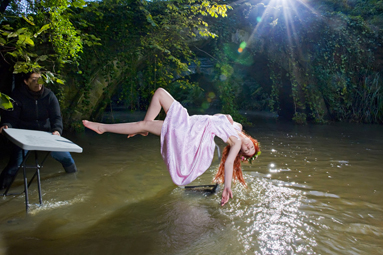 The water was at first half way up our wellies but by the end of the shoot it was totally over the top of the wellies and half way up our thighs! However we all agreed a bit of water would not stop us....actually that is what they said at the time but I have had to endure so much friendly ridicule since. Admittedly by the end of the day we were all cold and wet but to their credit everyone said they had had a good day.....hummm but methinks they were just being extremely nice! But a huge thank you to everyone ....you were great! Plus a big thank you to the Head Warden at Jesmond Dene for kindly giving us permission to enable us to do the shoot !